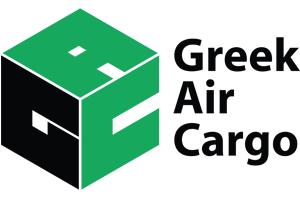 International and domestic transport is a challenge that begins in 1973 for Greek Air Cargo (GAC), that the same year was founded in Thessaloniki by a group of customs agents. That was the starting point for a bigger idea, to develop a whole unit that can serve customers both domestically and internationally with security and professionalism.

Five years later, in 1978 GAC became a member of IATA with a license number (27-4 7702). From that year onwards, a successful progression for the company begins. Within a period of about ten years, the company’s network was developed, human resource specialization was provided, and many other factors that were considered to be a milestone for the era contributed to the overall growth of the business in its sector.

In 1987, GAC was acquired by a group of international transport operators and its headquarters were transferred from Thessaloniki to Athens. In addition, GAC converts its legal form from OE. (Overseas Company) to EIA (Limited Liability Company).

1996, GAC converts its legal form from EIA to SA (Societe Anonyme) and Lefteris Kaltsas acquires 100% of the shares of Greek Air Cargo.

2010-11 GAC installs night shifts all year round, operating 24 hours a day, making the company even stronger

2015 IATA ranks GAC as the number one Cargo Agent for Greece.

2016 GAC opens a new office at the airport

We use cookies to give you the best experience on our site. If you continue to use the page, we will assume you are happy with it.I AgreeRead More